Kiefer Sutherland will be a guest at this summer’s memorial concert for Britain’s Princess Diana. 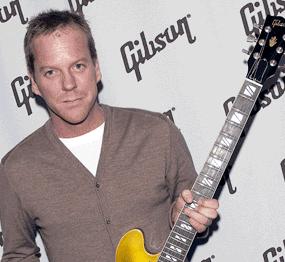 The star of ’24’ is to make a speech at the Concert for Diana, which takes place at London’s Wembley Stadium on July 1.

The star-studded concert will be held on what would have been Diana’s 46th birthday and marks the 10th anniversary of her death.

The concert will also feature Status Quo and Roy Hodgson from 70s band Supertramp, two of Diana’s favourite bands. The first 22,500 Concert for Diana tickets sold out in minutes of their release in December, and a further 10,000 tickets were snapped up just as fast when they went on sale in April.
The event will be broadcast all over the world. Proceeds from the concert will go to the Diana, Princess of Wales Memorial Fund, homelessness charity Centrepoint and Sentebale, which helps Aids orphans in Lesotho, Africa.