Emma Watson, a star of Harry Potter, is going to be the new face of Chanel, according to media reports. 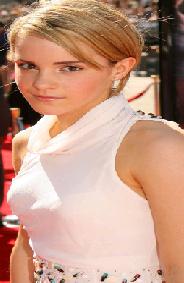 The 17-year-old actress has reportedly struck a deal with the French fashion house, signing a contract worth around $4 million (GBP2 million), reports British newspaper the Daily Express.

Emma Watson was spotted at several Potter premieres around the world recently wearing a different Chanel dress each time.