Hermione herself, Emma Watson, charmed David Letterman and everyone watching when she sat down to push the new Harry Potter movie Wednesday night. 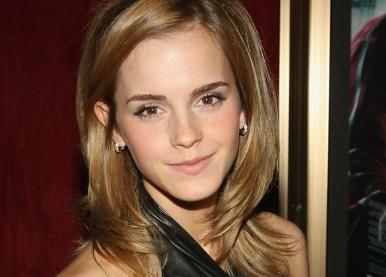 The potter movie premiered Tuesday in London in the pouring rain, and her vintage dress at one point needed a little readjusting and she accidentally showed a flash of underwear.

‘Tell us what’s going on here,’ said Letterman as he held up of her adjusting the bottom half of her free-flowing vintage 1970s Ossie Clark dress – and inadvertently putting her knickers on display.

“This was a small wardrobe malfunction, it happens,” Emma laughed, adding: “At least I’m wearing underwear.”

Watson also confirmed to Dave that she will be starting college in the US this fall, although the institution of higher learning went unnamed.

On the red carpet, the 19-year-old British actress was sandwiched in between co-stars Daniel Radcliffe and Rupert Grint.