Emma Watson, the star of “Harry Potter” films, is determined to continue her education, despite having earned more than enough money to live a life of luxury. 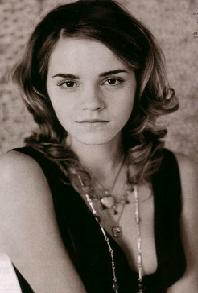 The 17-year-old actress became a multi-millionaire thanks to her role as Hermione Granger in the Harry Potter franchise. But Emma Watson has no plans to rest on her laurels just yet.

She revealed, “Let’s be honest – I have enough money never to have to work again, but I would never want that. Learning keeps me motivated.”