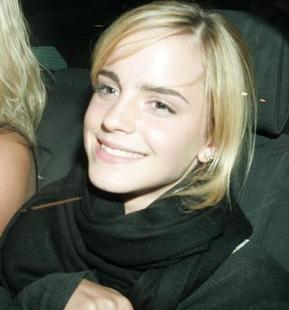 The actress, who has played Hermione Granger in the “Harry Potter” film franchise since she was nine, has been given numerous copies of the religious text by people worried she will go off the rails.

When asked what the weirdest thing she has ever been sent was, Emma Watson replied: “Bibles. Lots of them! People think as we’re child stars, we need guidance.”

The 18-year-old star is determined not to let fame have an adverse effect on her, and plans to remain as normal as possible, saying: “I think I’m doing OK. I’m sure my parents or other people might say differently!”

She added: “I hope my head doesn’t get big. I’m just going to keep my feet on the ground, stick with my friends and family and try to lead a normal life.”