Emma Watson, who is worth £2.8 million, says her friends never let her treat them when they go out. 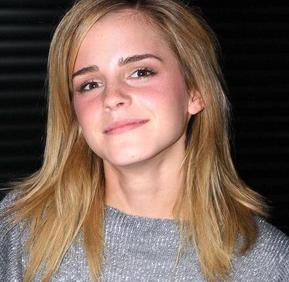 The “Harry Potter”actress, who has become one of Britain’s richest teenagers thanks to her role as Hermione Granger in the hit wizard film franchise, admits her fortune can sometimes cause problems among her pals.

She revealed: “My friends are very proud like that, that’s why I love them. They would be embarrassed if I paid for stuff, and if I ever try, they always say, ‘What are you doing? I want to pay half.’ ”

She also revealed her friends find it difficult when fans approach her in public, saying: “It’s weird for them, especially when people recognize me and come up to me. It’s awkward for them but they are very good about it. My friends are very protective, which is sweet.”

The talented star, who recently voiced a character for animated movie “The Tale of Despereaux” also revealed there are positive and negatives to her worldwide fame.

She added: “The best thing about being involved in ‘Harry Potter’, is that you can make a six year old girl or boy’s day by giving them a handshake and it’s so easy. It costs me so little to make someone incredibly happy so that’s amazing and I’ve walked away and thought, ‘God I’m so lucky to be in a position that people are that excited to meet me.'”The downside is that the level of curiosity into your life means that it becomes quite intrusive and the level of criticism is hard to deal with sometimes. It can make you really insecure.”