Emma Watson, who looked wonderful in her latest film premiere, has “no need for money in her life”. 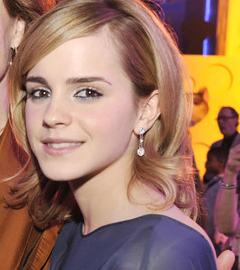 The “Harry Potter” actress, who is estimated to be worth £13 million, will never agree to star in a film purely for financial gain.

The 18-year-old actress revealed: “The wealth side of it hasn’t hit me yet because I have no need for money in my life. My life will not be motivated by money.

The young actress continued: “I will never do a film because they’re going to pay me a certain amount of money. It’s liberating. It means I can hopefully make great choices.”

The British actress also insisted that she has not adopted a lavish lifestyle despite starring in six ‘Harry Potter’ films, and still uses public transport, saying: “I have a more normal life than people expect. When I take public transport, people are like, ‘That girl looks like the girl from ‘Harry Potter’, but it can’t be her on the train.”

She added: “I get stopped by people, but that’s fine. I’d never want to be so famous that I couldn’t live a normal life to a certain extent. I can’t imagine anything lonelier, just not being able to be part of the real world and being trapped and locked in hotel rooms and cars.”

Emma Watson lends her voice to the character Princess Pea in new animated film ‘The Tale of Despereaux’ which opens in European cinemas from Friday (19.12.08).