Enrique Iglesias have not split from tennis star Anna Kournikova. The singer was joking when he announced his split and they are still together. 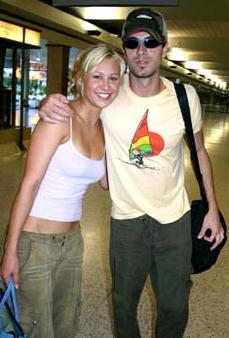 The Spanish heartthrob told journalists during a promotional visit to Sweden that he had split with the former tennis ace. He said, “We’ve split. I’m single now and it’s OK. I don’t mind being single.” But the star has told a magazine that he was joking.

During an interview, Enrique Iglesias revealed that Anna Kournikova is still the love of his life. The singer revealed, “It is the first serious relationship I’ve had in my life.”