At first, it was thought that Lindsay’s problems were drugs and alcohol. However, the second-time rehab patient has reportedly been having dark suicidal thoughts as well. 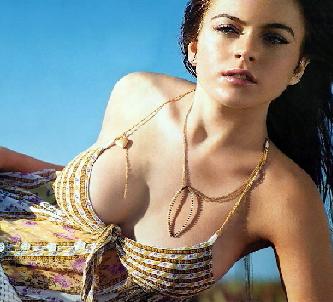 A friend of Lindsay Lohan, who is currently residing in Promises treatment facility in Malibu, has revealed that the actress was close to killing herself.

The star of the upcoming “I Know Who Killed Me” allegedly locked herself in a bathroom with painkillers.

The friend revealed, “She grabbed a knife and started cutting at her wrists. A friend made her stop. Lindsay ran into the bathroom with a bottle of Advil (painkillers)…. Lindsay needs to go back into rehab, then spend time soul searching and getting to the roots of her problems.

The friend added, “These emotional breakdowns she has are getting worse, and one of these days, she really will kill herself.”

The star has been on a downward spiral since leaving her first stint in rehab. She has been caught allegedly snorting cocaine, drinking alcohol straight from the bottle and has climaxed the events by hitting a tree with her Mercedes.