Enrique Iglesias, who has a single entitled “Away” from the album Enrique Iglesias: Greatest Hits that is currently available now, talked about skiing in Breckenridge, food poisoning in Monaco and how he avoids flying on aging aeroplanes. 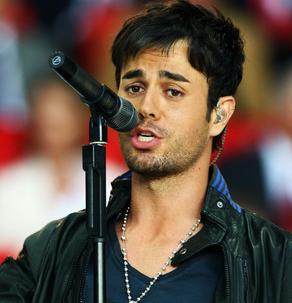 On his best holidays, the singer revealed: “When I think of my best holiday ever, it has to be the holidays we had in Madrid when I was young. I was born in Madrid and then moved to Miami, so going back to Madrid, staying at my mother’s house and catching up with friends and family, was great fun, particularly at Christmas.”

On the best hotel he has stayed in, he replied: “A few years ago I was working and had two days off and stayed in the Four Seasons resort in Jimbaran Bay in Bali. It doesn’t stand out because it was so fantastic or anything – although the rooms were beautiful – but I remember it because it wasn’t busy at that time and it felt like I had the place to myself. Another was a hotel I stayed at in Cape Town – I remember nothing about the hotel itself, but the views of Table Mountain from the window were spectacular.”

On what does he need for a perfect holiday, he answered: “I need sun. There’s nothing more depressing than rain on a holiday. I also need activity of some sort.”

On what thing he always take with, he said: “I always take an iPod and lots of jeans and casual clothes: the last thing I want to do on holiday is dress formally.”

On best piece of travel advice, he shared: “Listen to your instincts. I think that often when we’re on holiday we hesitate before we eat or drink something.”

On worst experience on holiday, he revealed his food poisoning in Monaco, saying: “It lasted two days, and I had the worst time ever. I lost about 15lbs. That’s why I’m careful about listening to my instincts, and why Monaco isn’t one of my favorite places.”

He also avoid exercise on holiday as he explained: “I get really lazy on holiday. I sometimes play a game of tennis or a team game, but I hate going to the gym on holiday. I also avoid poor airlines. I watch too many programs on National Geographic about airlines that fly planes that shouldn’t be in the air because they’re so old.”

On what does he hate about holidays, he added: “I hate the thought of a planned holiday where there’s an itinerary for the day, that’s my idea of hell… I hate airports and the pain of the whole security and checking-in procedure.”