Eva Mendes has instructed her relatives to arrive 15 minutes late for her new film “We Are The Night” so that they won’t see her first explicit sex scene. 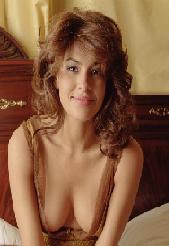 The actress got steamy with her co-star Joaquin Phoenix in the new film. The 33-year-old actress didn’t realize just how raunchy the scene was until she saw it for herself.

As for the shooting the sex scene, “When you’re shooting it, it really is technical… But then when you see it up on the big screen, you’re like, ‘Oh my God, that’s me. Oh my God, what are you doing?’”

She added, “So I called my family and said, ‘Everybody has to be 15 minutes late to the movie.'”