The family of the actress Jessica Alba is so impressed with her incarnation as a plastic action figure. They are buying hundreds of the toys resembling their famous relative. 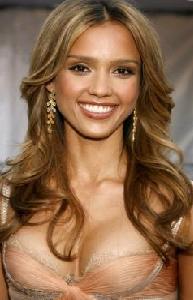 The Fantastic Four star has been recreated as her character from the movie, the Invisible Girl, in doll form.

Jessica Alba insists her next of kin are going crazy for the 26-year-old actress in miniature.

The actress revealed, “It’s funny seeing yourself as an action figure.” The actress added, But my family love it – I have lots of cousins and they’ve all started collecting them, which is funny.”