Fantasia Barrino has a little something to clear up. Despite December reports that her $1.3 million North Carolina home was in foreclosure, Fantasia revealed she is still safely living in her abode. 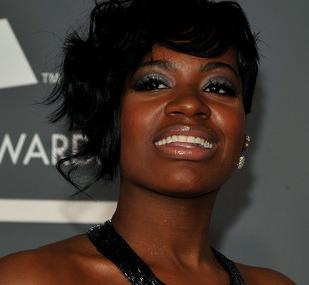 “We’re still in my home. I take care of my whole family so there’s no way I could [let] anybody take it,” she said. “It wasn’t a foreclosure, it was just somebody trying to take it away from me, but that’s the industry and there’s a lot of people out here, but as you can see I’m still a strong tough cookie, I got that from Miss Celie.”

Miss Celie, the character Fantasia has played in “The Color Purple” is something the “American Idol” Season 3 winner is returning to, she also revealed.

“Yes, Miss Celie. [I’m] going back, end of June around my birthday time, so another birthday with Miss Celie,” she said.

But Fantasia won’t just be spending the months ahead in a musical, but in school. Fantasia revealed she is gearing up to finally get her high school degree.

“Yep, going back to school to get my diploma,” Fantasia, 24, told Access. “Well of course I can’t go in a school because I would probably like, start a riot , but I’m gonna get a teacher to come teach me everyday. I’m gonna get my diploma starting in maybe three weeks. So you know, it’s gonna be tough, it’s gonna be hard, but it’s gonna be a testimony to a lot of young people and a lot of people who are in my shoes. I wanna go back to show them you can go back, it doesn’t matter, never too old. Go back.”