Lindsay Lohan was spotted as she was having a Valentines spat with Samantha Ronson. 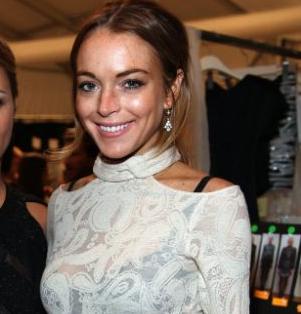 The “Mean Girls” star cried when she said: “Samantha Judith Ronson, why are you doing this to me?”

She also chased Samantha down East First Street in the wee hours of Valentine’s Day.

Towards the end of Charlotte Ronson’s after party Friday night at the Eldridge, a side door swung open and Samantha came rushing out, eyes cast downward, a scowl on her face. A moment later Lindsay emerged, clutching a pink purse. She took off after her DJ girlfriend, who at 31 is almost a decade older.

Jogging along as fast as her high heels would allow, Lindsay kept up a steady stream of pleas and wails.

At one point Samantha stopped in the middle of Houston Street and said something in a whisper.

“What are you talking about?” shrieked Lindsay in response, “I’ve been with you all night!”

Lindsay stomped out her cigarette just before following her girlfriend into the Bowery Hotel, where they either made up or else continued the emotional meltdown in more private quarters.