FHM has released their 2008 annual calendar. 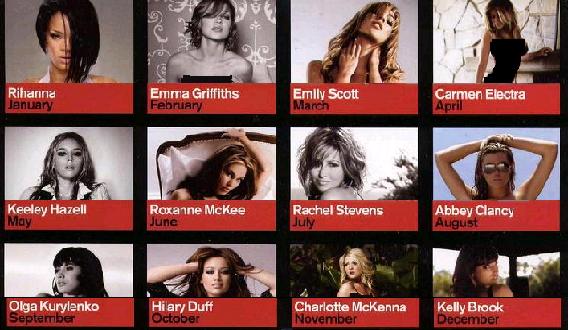 The published annual calendar led by the R&B singer Rihanna as the pin-up girl for January 2008. You could see the calendar here.