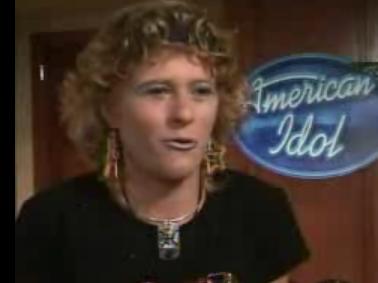 Cohen, 25, of Allentown, Pa., was found unresponsive on a street about 300 yards from where her car was parked in a lot, says Deputy Chief Michael Mohel of the Ocean County Prosecutor’s Office.

First aid workers took her to Community Medical Center in Tom’s River, where she was pronounced dead at 6:35 a.m., he says.

“There was evidence that her body was impacted by a vehicle,” he says, noting the death is classified as a homicide.

Cohen, who auditioned for Idol in seasons 7 and 8, gained attention for her tirade against judge Simon Cowell, who rejected her performance.

No arrests have been made, says Mohel, who would not say where Cohen was prior to her death due to the ongoing investigation.

Cohen auditioned in Philadelphia for the popular Fox singing competition in August 2007, and the episode was aired in January 2008. She tried out again during the show’s eighth season.

A video of her angry rant after being rejected by judges went viral on the Internet.