They say every family has its black sheep and in the case of Prince William’s girlfriend Kate Middleton, her drug- taking, pot-bellied uncle Gary Goldsmith certainly takes the title. 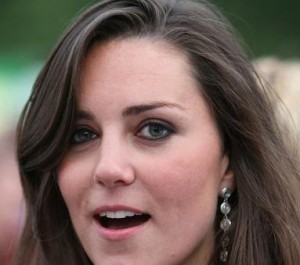 Having not put a foot wrong since she first started dating the second-in-line to the throne more than six years ago, there appeared to be no skeletons in Kate’s closet.

In fact, last week’s revelations surrounding the brother of Kate’s mother Carole are not the first to have muddied the Middletons’ squeaky clean image.

Back in April, Kate’s younger brother James threatened to take the shine off her inevitable crown when he was photo­graphed appearing to urinate outside a London nightclub following a boozy 22nd birthday party with the family.

The incriminating photos, which caught bearded James seemingly committing a public order offence, never appeared in the UK after the Middletons complained to the Press Complaints Commission that they invaded their privacy.

While the complaint was upheld in Britain, the Australian magazine ­Woman’s Day ran the unflattering images under the headline “Kate Middleton’s family shame”.

Not content with catching a bleary-eyed James being helped into a taxi by Kate’s younger sister Pippa, 26, reportedly just 90 minutes after the Middletons arrived at the members-only bar, the paparazzi also got an unflattering shot of Carole, seemingly berating them for their presence at the incident.
ì
‘While her drug-taking uncle’s antics are splashed across the tabloids, she remains the soul of discretion’
î

A red-faced Kate, 27, was also caught on camera trying to shield her face from the photographers.

It was not the first time James’s “flamboyance” had been flagged up to the media. Last summer a photograph of him wearing one of Kate’s dresses, a black and white polka dot number, made its way on to the internet, and inevitably, into the newspapers.

Of course, any embarrassment James may have caused Kate pales into insignificance in comparison with their 44-year-old uncle, whose links to drugs and prostitutes were last week exposed.

Yet while it would be an understatement to say that Gary’s antics are a black spot on the Middletons’ whiter-than-white reputation, Kate remains unblemished. Why? Because, as ever, she has remained the soul of discretion.

What’s really astonishing about spliff-smoking uncle Gary is not that he allegedly snorts cocaine through 100 Euro notes or even his ability to procure £600-a-night Brazilian hookers for visitors to his crudely-named Ibiza mansion, La Maison de Bang Bang, French for House of Sex.

It’s how little he was actually able to tell undercover reporters about his niece and her relationship with the future king – especially considering the couple actually stayed with him in 2006.

The fact that Kate was taught to shoot by Prince Philip, and that William regards more than a handful of bosom to be “a waste” was the sum total of Gary’s knowledge.

Kate has clearly told him nothing.

Even his revelation that the couple are “talking about an [engagement] announcement later this week”, is hardly surprising when you consider the newspapers have been speculating about it since the couple met at St Andrews University six years ago.

Ironically, while he hasn’t got much right this week, Gary’s marriage predictions might not be far from the truth.

Below stairs, snooty courtiers continue to pour scorn on the pedigree of William’s long-term love, thanks to her mother’s working-class roots, but behind Palace doors, the Prince and the woman tipped to one day be his bride have never been closer.

Perhaps the most telling image of the weekend was not the one of uncle Gary chopping-up cocaine with his belly hanging over his Y-fronts – but of Kate and William caught in a rare clinch outside a Wiltshire pub.

The kiss comes amid renewed speculation that their long-awaited engagement is imminent following reports that William could be poised to propose on August 31, the 12th anniversary of Princess Diana’s death.

William dreads the date, which he is said to have dubbed “doom and gloom day”.

According to a courtier: “If they do choose August 31, it would mean the date could be remembered for something positive and not just for something sad. Of course, he hasn’t told us yet.” It is more likely William will wait until next year, when he has finished his training as an RAF pilot. He turns 28 next June and has always said he will not tie the knot until he is “28… or 30” – hence his three-month split from Kate in 2007 because he was not ready to settle down.

It is not only staff but also friends and family who believe William is now ready to pop the question.

The Sunday Express has learned that guests at a recent family wedding attended by the couple were surprised by how besotted they appeared.

“They were all over each other,” said one guest at the wedding of William’s cousin Laura Fellowes, the 28-year-old daughter of Princess Diana’s older sister Lady Jane Fellowes and her husband Robert, a former private secretary to the Queen. “We came away from it thinking they’ll definitely get married.”

As one royal insider put it: “There is definitely something in the air.”

Much significance is being placed on Kate having been invited by the Queen to Balmoral with William this coming August Bank Holiday weekend, which will coincide with the anniversary of his mother’s death.

It will not be the first time Kate has either met the Queen or stayed on the Balmoral estate. She and William used to enjoy secret trysts there when they were students at St Andrews together. But it is yet another sign of the strength of Kate’s rapport with the Royal ­Family.

While she may be worried recent events will cast a dark shadow over her Highlands visit, the whole sordid saga is more likely to bring her even closer to her prospective future in-laws. For if there’s one thing the Royals can empathise with, it’s being caught in the ­centre of a scandal.

They say in cases like these that the Royals either “shield or shun”. The fact that Prince Charles has already sent a message of support to his prospective daughter-in-law, urging her to “put it out of your mind”, tells you everything you need to know about how highly she is regarded.

Indeed, the timing of her meeting with the Queen, in some ways, couldn’t be better. What better person could there be to advise the Middletons on where to go from here?

She will no doubt give the same words of support she offered Sophie, the Countess of Wessex, when she was stung by the very same undercover reporter as the unfortunate Gary Goldsmith.

In such instances, Her Majesty’s mantra has always been the same: “Never complain, never explain.”

Fortunately, it’s a lesson that Kate Middleton appears to have learned long ago.