Frankie Muniz, who is the former Malcolm In The Middle star, is fuming that Lindsay Lohan is returning from rehab a bigger star than before. 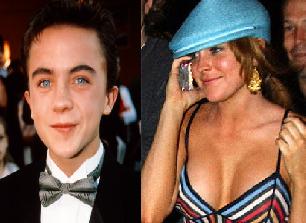 The actor insisted that it is not fair that Lindsay Lohan’s two month stay in Utah’s Cirque Lodge will land her more film roles.

He revealed, ”Her last four movies have failed miserably, but she’s still going to have a $10 million paycheck. As a young actor, you have to mature very fast in an adult business…and there aren’t enough people who say ‘no’.”

He added, “When Lindsay was pulled over for the second time for a DUI, nobody said, ‘I’ll never work with her again’. It’s ridiculous to me.”