Paris Hilton is the modern day version of Princess Diana, according to Oscar winner Helen Mirren. 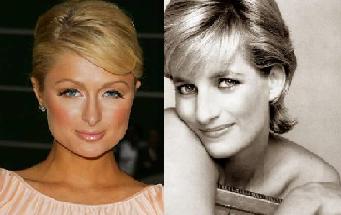 Helen Mirren, who played the role of The Queen on the big screen, insisted the pair both gained popularity and icon status by fooling the world into thinking they were dumb blondes.

She revealed, “I don’t applaud Paris Hilton… but I think she’s pretty cool. She’s developed, like Princess Diana, that deliberate foolishness, which is disarming.”

Paris Hilton herself claimed she is the latest in a line of “iconic blondes”, saying, “I think every decade has an iconic blonde – like Marilyn Monroe or Princess Diana – and right now, I’m that icon. I read these stories about me starting fights and saying stupid stuff. I’ve become a cartoon.”