George Clooney is convinced he would have ended up in rehab if he had found fame in his 20s. 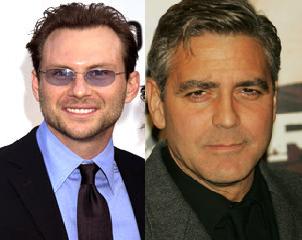 During a candid chat with friend Christian Slater, the pair confessed their sympathy for Lindsay Lohan, who was thrust into the Tinseltown limelight in her teens and has since ended up in rehab for drug addiction.

Christian Slater revealed, “Had (Clooney) been discovered at the age of 20, and had to go through whatever he’s had to go through in his life in the public eye at that age… as he said to me: ‘Jesus Christ, I’m certainly grateful that I didn’t have to do that. I mean, the guy was 35 when he went on ER. “My heart certainly goes out to Lindsay. She is a very talented girl, but you know she’s a young girl. Who are we to judge or condemn?”