J.K. Rowling has spilled the detail about a character in Harry Potter series by revealing that the wizard Albus Dumbledore, head of Hogwarts school, is gay. 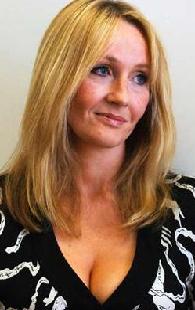 The author, who spoke at Carnegie Hall on Friday night in her first U.S. tour in seven years, confirmed what some fans had always suspected — that she “always thought Dumbledore was gay.”

She also revealed that Albus Dumbledore fell in love with the charming wizard Gellert Grindelwald but when Grindelwald turned out to be more interested in the dark arts than good, Dumbledore was “terribly let down” and went on to destroy his rival. She described the love as Dumbledore’s “great tragedy,” saying, “Falling in love can blind us to an extent.”

The audience reportedly fell silent after the admission — then erupted into applause.

The 42-year-old author added if she had known that would be the response, she would have revealed her thoughts on Dumbledore earlier.