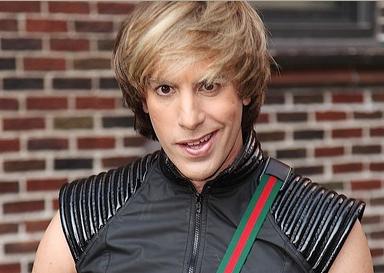 GLAAD president Jarrett Barrios, who saw the film Friday, said that “the movie was a well-intentioned series of sketches _ some hit the mark and some hit the gay community pretty hard and reinforce some damaging, hurtful stereotypes.”

The organization “shared a number of concerns, and unfortunately, the scenes that we had the biggest concerns about remained in the film,” Barrios said.

One such scene shows Bruno in a hot tub with his adopted infant son and two [email protected] men involved in a s*x act.

“Scenes like that don’t help America understand the hundreds of thousands of gay families who get up every day, do the carpool then rush home to make dinner and be with their children,” Barrios said.

Similarly, the movie’s mock marriage scene “doesn’t help Americans understand the lives of gay couples who are denied the rights and protections of marriage in 43 states,” he said.