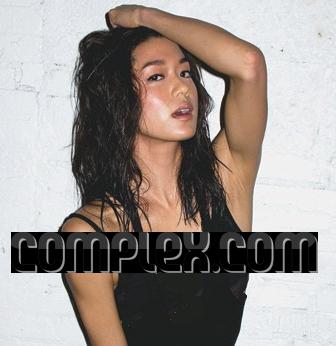 “Battlestar Galactica” star, who has sizzling photos here, has remarks about her experienced of the success and action scenes in her movies in her interview.

On how she deals fame and scenes, she revealed, “One of the things I like about Battlestar is that we’re a cult hit. We’re not on Lost, and not every single person is pointing fingers at us. I went out with Daniel Dae Kim [Jin on Lost]—we hosted a show together, and we were sitting at some restaurant. And everyone that walked by would wave at me like, “Congratulations, you know Daniel Dae Kim,” or “I know him too!” He’s in a much more high-profile position, so he’s dealing with the public a lot more. I love not doing that as much, just to have your anonymity.”

When asked about being good with the public, fistfights and chances of hitting somebody: “I think so. I hope so. Not yet. Don’t mess with me. No, I’ve never. [Pause.] OK, guys, but mostly in the chest. Well, the cover is playful, but really I try to hit them as hard as I can.”

On the question: Battlestar was your big hit. And it’s ending. Have you thought about that? What happens when it ends? She continued, “I guess we see other actors and we associate them with one TV show, and then maybe you don’t see them again for a long time. I’ve never really thought about that.”

She added, “Thanks! Because I think what usually happens is that once you enter the machine and you get on a hit show, and it starts to end, managers, publicists start to say, “OK, let’s get you on another show, it’s time to capitalize on what you’ve got.” But I don’t understand why people want to be famous. Yeah, but models don’t do it to be famous. They do it to make money.”