Jennifer Aniston reportedly refused to start shooting her new movie because she was unhappy with her hair. 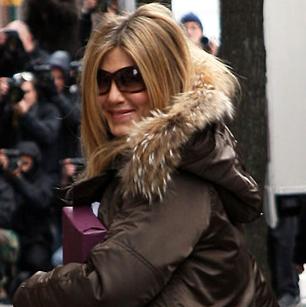 The 40-year-old actress is currently filming new movie ‘The Baster’ – about an unmarried woman who decides to conceive using a turkey baster – in New York and amazed cast and crew by asking for more time to get ready during her first day on set.

A source told America’s OK! magazine: “In the morning everyone had to wait to start filming because Jennifer asked for extra time to finishing blow-drying her hair.”

Jennifer has also been criticised for her reluctance to mix with the crew. While most people eat together, she prefers to tuck into her food alone.

An insider said: “Jennifer refused to walk even a step outside the restaurant during the break for lunch. She had her car pull up right next to the restaurant so she could be driven less than a block to her trailer to avoid photographers.

“Jennifer kept mostly to herself. She didn’t talk to anyone during the breaks.”

However, other co-workers claim Jennifer is a dream to work with, insisting she is approachable, “sweet and totally normal”.