Hale Berry became a mother after she gave birth to a beautiful baby girl on Sunday morning in Los Angeles. 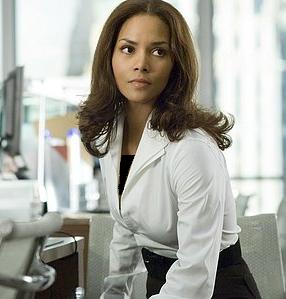 An insider revealed, “Hale Berry had a 7lb 4 oz girl at 10:17am Sunday morning, March 16, at Cedars-Sinai Hospital in Los Angeles. The actress had checked into the hospital for the second time that day after feeling contractions earlier Saturday morning.

The insider continued, “Hale Berry had come to the hospital at 4am in the morning because the felt like she was going into labor. It was a bit scary because her blood pressure was skyrocketing and everyone was a little tense. She’s a diabetic so that was complicating matters as well. The doctors checked the fetal heart rate and everything seemed okay. After a while Hale’s blood pressure came down. She wasn’t dilating anymore so at around 2:45pm they let her go home.”

The insider added, “Hale Berry felt her contractions come on a lot more intensely later that night so she came back to the hospital at 11:00pm Saturday night. Hale was overcome with emotion when she finally held her little girl. She said everything she had gone through was worth that moment. The tears kept coming as Hale didn’t even want the nurses to take her baby to clean her up and measure. It was a truly beautiful scene.”