Halle Berry and Gabriel Aubry are having a bitter custody trial of their daughter Nahla. 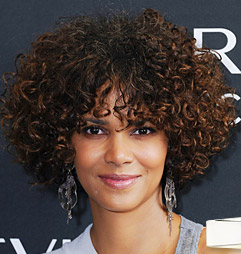 The 45-year-old actress is asking the judge to allow her to move to Paris with her 4-year-old kid. This move caused her former partner to reply: “Over his dead body.” Meanwhile, Olivia Martinez, who is Halle Berry’s fiancee, spent a quality time with Nahla while shopping a few grocery items in Los Angeles on August 11.