Angelina Jolie feels “happier” than ever. 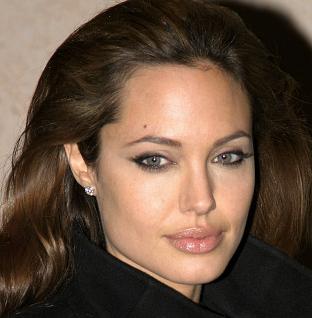 The actress, who raises six children with Brad Pitt, loves the way her life has changed since becoming a mother.

Angelina, whose mother Marcheline Bertrand passed away in 2007, said: “I’m much happier and more fulfilled than I thought I would ever be, especially when I was going through a lot of grief when I was younger. I hope it lasts.

She continued: “I think I’m becoming more like my mother and looking more like her too as I get older. I’m also more gentle and nurturing since becoming a mother.”

Angelina has never struggled to juggle the demands of her personal and professional life, but says Brad has found it more difficult to adjust.

She added: “I’m very organized. I don’t get stressed and I take everything in my stride. I’ve had to help Brad a bit with that part of our life! The biggest problem is just lack of sleep. But all parents face that – you’re just grateful when the kids fall asleep and you can collapse on the couch together.”

Angelina has been dogged by rumors she plans to quit acting and admits she doesn’t see herself making movies forever.

She said: “I’m not as ambitious as I used to be – my family is my priority. When we get film offer, we ask ourselves, ‘Will it be good for the family?’ At some point I want to relax, look after my family and do more humanitarian work.”