Katie Leung, who plays the role of Cho Chang in the Harry Potter film series, admits she has a crush on Prince Harry and think he is much better looking than his older brother Prince William. 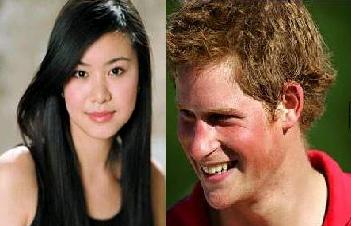 The Harry Potter actress, who shares an kiss with Daniel Radcliffe onscreen, also confessed she hopes to meet the prince at one of his favorite London nightclubs, now that she has moved to the city.

The happy couple are currently enjoying a romantic vacation in Africa.