Hayden Panettiere, who was “Heroes” actress, has urged the media to allow troubled Britney Spears the space she needs “to heal”. 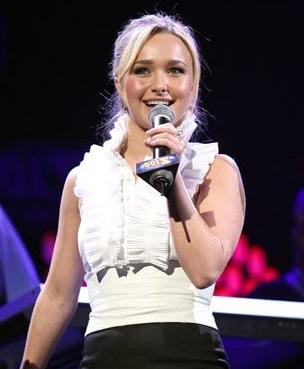 The star has accused the hordes of snappers that constantly pursue Spears of ruining the pop star’s life. She likened their behavior to that of an obsessed “stalker”.

And the actress believes the photographers’ behavior is dangerous – insisted Britney Spears’ recent string of car collisions is down to them taking high risks to ensure they get lucrative snaps of the star.

She revealed, “I love acting more than anything else in the world, so I can’t see myself stopping. But I think this situation is becoming so dangerous – it causes car accidents.

She continued, “There’s no differences between what they do and stalking somebody. Look at somebody like Britney Spears – who deals with 50 cars following her all the time – nobody gives her room to heal.”

And Hayden Panettiere is devastated the “Toxic” singer has fallen out of favor with music fans because she was her idol growing up.

She added, “To me growing up, she was everything, and we built her up and ripped her down.”