Hayden Panettie revealed that her attraction to a former boyfriend Stephen Colletti and current squeeze Milo Ventimiglia is way more than skin deep. 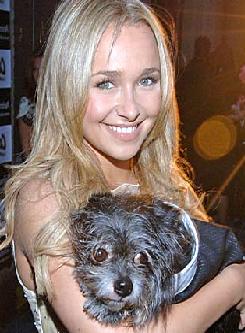 The 18-year-old actress revealed her ideal guy in the April issue of “Seventeen” magazine in the interview:

On what she looks for in a guy:

“I have to be with someone who’s driven. When they’re not, it becomes difficult. In a lot of relationships, you get in and you spend every waking moment with that person. But I’ve figured out that the healthiest relationship is where you each have your own life, but they meet in a nice point in the middle.”

On the downside of her being frank:

“Even when I read articles about me — how you read my words is not always the way I said them. But I don’t need to prove myself to anyone. I’m not that kind of person. It hurts my feelings when I feel disliked by people — I’m not a generally dislikable person, you know? I think I’m a pretty decent, nice person.”