The headlines in the past few weeks have been a bit rough toward Hayden Panettiere, with one magazine accusing the Heroes star of lashing out at a reporter during an event in Hawaii and with sources revealed on-set tension between her and former boyfriend Milo Ventimiglia. 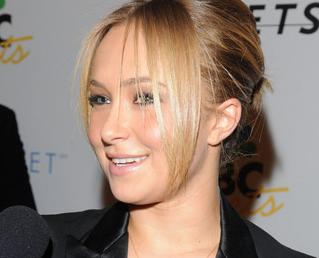 However, when there was a chance to get Hayden’s side of both stories, we jumped at the chance.

The 19-year-old beauty explained: “Milo and I are very close. We have enjoyed and continue to enjoy working together.”

OK! also heard from Heroes honcho Tim Kring, who said that his stars’ relationship status has nothing to do with how he and his staff plot the NBC hit. “The final decision about which characters live and die on Heroes rests with me,” he tells OK!. “I’ve made no announcement yet as to who will return and who won’t.”

As for the alleged outburst against a tabloid reporter in Hawaii, Hayden says it’s all been blown out of proportion.

“I have tremendous respect for the media and reporters – particularly the press who treat the people they are interviewing with dignity,” she says. “I am appreciative that the press has supported me, my career, and especially the causes I feel passionately about. While in Hawaii, one reporter grabbed me suddenly from behind and frightened me. It happens. Typically, the press has treated me with great respect.”