Hayden Panettiere said she won’t be falling out of nightclubs anytime soon. 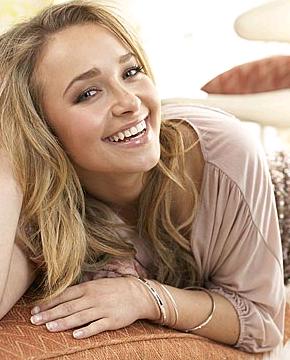 In an interview with a magazine, the “Heroes” star revealed, “For God knows what reason, they compare me with Lindsay Lohan [and so] it’s kind of become, ‘All right, you guys can stay there and try knocking me off my horse.’ I want to prove them wrong now. I think that, now more than ever, young girls need a good role model. My mom always says, ‘You are the books you read and the people you surround yourself with.”

But she wouldn’t mind being called the next Angelina Jolie, saying in Washington, D.C. for the Forecast Earth Summit, “Absolutely, I would take that. She was definitely one of my inspirations growing up and she was definitely somebody I looked up to.”

She continued, “I grew up near the Hudson River in New York. I didn’t grow up in the water; I don’t surf. People think I surf because of the footage. I was just in a panic and happened to paddle really fast – I was hauling butt!”

Reflecting on the experience with “Saving The Whales”, she added, “It caused a great amount of stir.” In a town where “people like to see young girls in Hollywood get arrested,” Panettiere said there’s been discussion of returning to Japan, but “we don’t have a reason why we would, and we don’t know of any good that could come of it at the moment… [but] I don’t mind getting arrested.”