Gemma Ward, who is one of the girlfriends of Heath Ledger, has paid tribute to the late actor in her latest interview since his death in January (08). 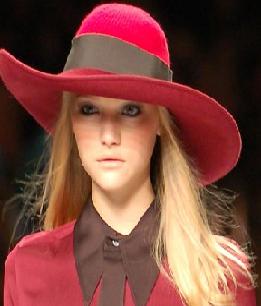 The Australian model credited Heath Ledger with helping her discover acting, and describes how he always “operated from the heart”.

She revealed, “He really, really knew that if he was going to make a decision to be in a film, then he needed to be really committed to it. He operated from heart.”