“The Hills” stars Heidi Montag and Spencer Pratt have reportedly eloped in Mexico, but Heidi’s dad doesn’t seem to know anything about it. 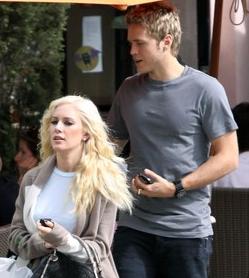 After reports surfaced that his daughter had eloped with Pratt in Mexico last week, Bill Montag, who is the father of Heidi Montag, revealed: “I would be upset if she got married and didn’t invite me!”

As for what to do now that the story appears true, he declared: “Then we just have to have another wedding here!”

On Monday, Heidi Montag revealed that she and Pratt wed at the One & Only Palmilla Resort, just outside Cabo San Lucas, saying: “The minute we said our vows, I couldn’t stop crying.”

Spencer got emotional when reciting these vows to his new bride, saying: “Heidi, from the moment you came into my life, I knew my life would never be the same without you. You are the light in my life like the sun to the earth! Your loving warmth makes me want to be a better person. Being with you, I feel complete. I’m honored to even be able to call you my wife. You are the most amazing, loving and caring woman on this planet. I will love you forever and always.”

Montag, 22, and Pratt, 25, have chronicled their off-again, on-again (for good this time!) romance on The Hills – including a season cliffhanger about whether or not they were really engaged.

By starting a relationship with the slick Pratt, Heidi Montag ultimately set off the well-known feud with former BFF Lauren Conrad.

The couple is set to guest star on an episode of the CBS sitcom How I Met Your Mother in January. (The Hills is not currently in production.)