Heidi Montag and Spencer Pratt had hit the headlines after they were reportedly eloped but the magazine report failed to include important detail of the wedding: It wasn’t legally binding! 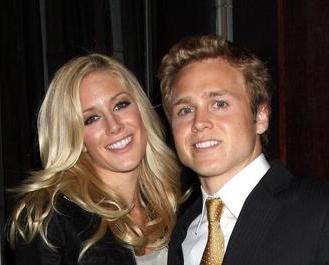 The magazine, which features a story detailing an interview with Heidi Montag and Pratt, as well as details about the rings, Heidi Montag’s dress, and the content of their handwritten vows, apparently didn’t think it important to note that the notoriously fame-hungry couple had neither obtained a marriage license nor taken part in a separate civil ceremony, which is required by Mexican law to make the union binding.

On Wednesday, Heidi and Spencer admitted that their wedding ceremony near Cabo San Lucas, Mexico, was in-fact symbolic, not legal.

In a statement, the couple said: “We had a beautiful ceremony here…officiated by a minister and photographed by the hotel photographer. We’ve never been happier. And, like other elopements that happen outside the country, we’ll take care of the legal details when we get home.”

The couple did not specify when they would make their marriage legal in the States, which would likely require a separate ceremony in the US.

They did, however, manage to pull together a full photo spread for the press showing their nuptials at a chapel on Nov. 20 and ironically, MTV just happened to be in town to shoot it all for season 5 of The Hills.

“The Hills” executive producer Liz Gately said, ”Fans will be able to see the exclusive footage from the ceremony in an upcoming episode, and we will continue to follow the newlyweds’ relationship as it plays out in real life.”