Heidi Montag reportedly made the music video for her new single on a Malibu beach. 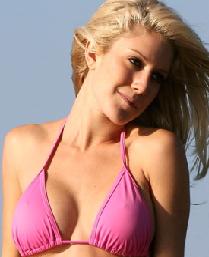 It was reported that the couple would like to save the costs on having a music video produced, that’s the reason why Spencer Pratt took control of a video camera. The couple was spotted having fun afternoon filming scenes at the beach.

The video is believed to be edited in time for the single’s release, which is next week.