Hugh Grant, a British actor, tossed a tub of baked beans at a photographer on Tuesday. 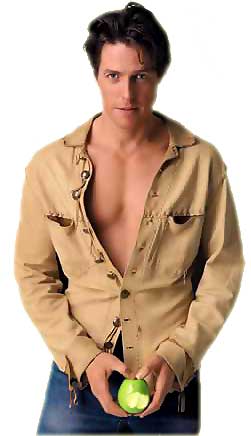 The 46-year-old actor, who recently split from his girlfriend Jemima Khan, was walking near his West London home at 10 o’clock in the morning and lashed out when a photographer asked if he could take his picture. The star allegedly kicked the photographer three times and kneed him near the groin.

Ian Whittaker, a 43-year-old photographer revealed, “It looked like he had been out for a morning jog. I asked him if he would give me a smile because he was standing with his head down. But he must have been having a bad day because he started chasing me down the street.” The photographer added, “He gave me a couple of kicks in the legs and I think he kneed me.”

The photographer also revealed that Hugh Grant picked up a takeaway container full of beans and threw it at him.

Ian Whittaker added, “When I told him I had two children, he snarled, ‘I hope they die of f***ing cancer’. That really upset me and is why I went to the police to make a complaint of assault against him. He was out of order.”

The Metropolitan police confirmed that the incident had been reported. They were planning to question Hugh Grant on the matter.