Divine Brown, a Hollywood hooker, has called her Sunset Boulevard, Los Angeles tryst with Hugh Grant a “blessing” on the 12th anniversary of the car-sex scandal. She became the world’s most famous prostitute after police caught her performing tricks with the British actor in his car in June 1995. 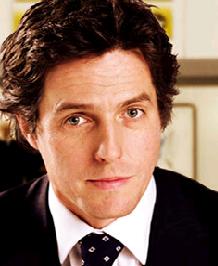 Now 37, Brown claims her liaison with Grant has made her a millionaire and helped her put her three kids through private school in Beverly Hills.

Divine Brown, with a real name Stella Marie Thompson, revealed, “Everything turned out for the better. It helped me turn my life into something positive. I was blessed that it could get me out of that lifestyle.”

Gangsta Brown, her former manager and the father of two of her children, added, “(It was) the best night of my life. The money poured in, poured in, poured in. She had interviews, food, lingerie, and lipstick commercials. We bought a new house, new cars, everything you could think of. I love Hugh Grant. Hugh Grant put my kids through school, gave us a chance of the life we probably would’ve never reached. We had a chance to travel on private jets.”
Now Gangsta Brown just wants to meet Grant, so he can personally thank the actor, “If I can meet him and shake his hand all I would like to say is: ‘Thank you. I appreciate you, and if there is anything I can do in return I would love to be a friend.'”