For years, fans looked on as Michael Jackson radically transformed his appearance. But despite his obviously altered look, the singer only ever admitted to two nose jobs – and blamed his progressively paler skin on the condition vitiligo. 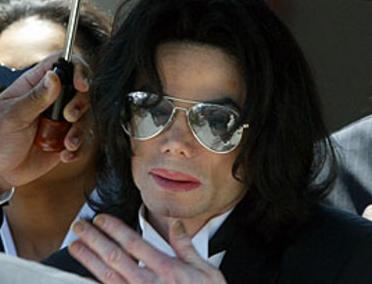 In fact, says a Los Angeles surgeon who shared a practice with one of Jackson’s surgeons, the King of Pop – who died of cardiac arrest June 25 – was a frequent customer.

“He had multiple surgeries,” says Dr. Wallace Goodstein, who worked beside Jackson’s surgeon in the 1990s. “He came in approximately every two months. It was about 10 to 12 surgeries in two years, while I was there.”

As for the specifics, says Goodstein, Jackson “had multiple nose jobs, cheek implants and he had a cleft put in his chin. He had eyelid surgery … You name it he had it.” Goodstein also opines that Jackson underwent operations that he never should have: “He had so many things that were inappropriate.”

Like many patients, Jackson sought to hide his cosmetic surgery from the public, says another source with knowledge of the situation. “Michael Jackson always wanted to do these operations in a clandestine manner,” says the source. “They were done in the evening when personnel had to come in so no one else in the office could see him going in or out.”

Eventually, the surgeries took a toll on his face. “His nose became so small because he was operated on repeatedly,” says the source. “He has barely anything left for a nose.”

Jackson eventually turned to dermatologist Dr. Arnold Klein for a solution. “I rebuilt it [his nose] … using fillers,” Klein revealed in a July 8 interview with Larry King. “I used hyaluronic acids, and they worked very well. It’s an arduous procedure, because you don’t want to put too much in. And you have to do it exactly, so you can flow the material so it’s perfectly smooth.”

Jackson was pleased with the results, says his dermatologist. “I’m telling you that he was beginning to look like the nose was normal again,” Klein – who recently addressed rumors that he is the biological father of Jackson’s children Prince, 12, and Paris, 11 – said in the TV interview. “And that’s all I wanted, and [to] regain the breathing passages of his nose, because there was a total collapse of the cartilage.”

Klein says Jackson also relied on him to help in treating the skin condition vitiligo, which destroys pigment-producing cells and can cause patches of uneven tone. “His was bad because he began to get a totally speckled look over his body,” said Klein. “[It was] all over his body, but on his face significantly [and] on his hands, which were very difficult to treat.”

“You have one choice where you can use certain drugs and ultraviolet light treatments to try to make the white spots turn dark,” Klein explained. However, Jackson’s vitiligo “became so severe, that the easier way is to use certain creams” – very likely hydroquinone derivatives, say other industry experts – “that will make the dark spots turn light so you can even out the pigments totally.”

The treatment resulted in a uniform – albeit pale – skin tone. “That’s ultimately what the decision had to be. He would have to wear heavy, heavy makeup on stage, which would be ridiculous. And he couldn’t really go out in public without looking terribly peculiar.”