Michael Jackson is reportedly in desperate need of an emergency transplant operation to save his life from a rare lung condition, according to the author of a new biography of the singer. 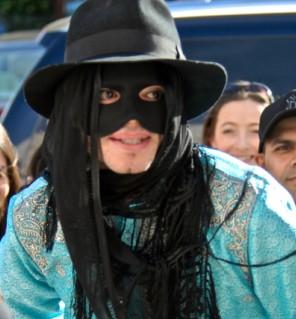 Best-selling author Ian Halperin has completed a book about Jackson’s life, which claims that the pop icon, 50, suffers from Alpha-1 antitrypsin deficiency, a potentially fatal genetic illness, as well as emphysema and gastrointestinal bleeding.

The author revealed: “He’s had it for years, but it’s gotten worse. He needs a lung transplant but may be too weak to go through with it … [But] it’s the [gastrointestinal] bleeding that is the most problematic part. It could kill him.”

Ian Halperin also claims that the “Thriller” and “Bad” singer can barely speak and is 95-percent blind in his left eye.

Earlier this year, Jackson was photographed in a wheelchair. A few weeks ago, he was spotted receiving help walking, while wearing a Zorro style mask.

Michael Jackson’s representative was not available for comment. His brother Jermaine Jackson was quoted as saying: “He is not well.”