Nicole Richie, who already has a five-month-old daughter Harlow with partner Joel Madden, is rumored to be pregnant again. 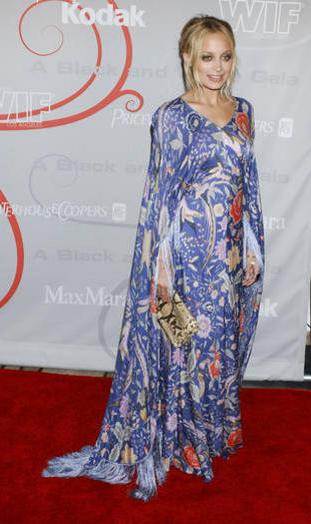 The 26-year-old star is said to be expecting her second child, after deciding she wanted a companion for her baby.

A source said, “Nicole is dying to have a sibling for Harlow who is close in age. She doesn’t want them to be more than two years apart, so that they can be best friends forever.”

The actress, who shot to fame when she starred alongside best friend Paris Hilton in MTV reality show “The Simple Life,” first sparked reports she may soon be adding to her family when she was spotted wearing a flowing lilac “maternity-style” top.

An onlooker added, “The top was not something Nicole usually wears. She ordinarily goes for tight T-shirts and vest tops. The other unusual thing was that she was wearing comfy sheepskin boots and not her usual heels – the boots definitely looked like something a pregnant woman would wear.”