“Umbrella” hitmaker Rihanna sparked a lot of speculation that she is engaged to Chris Brown after she was seen flaunting a huge diamond ring on her wedding finger. 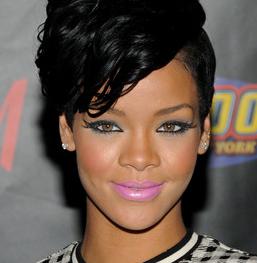 Friends revealed that Chris Brown, 19, already popped the question over the New Year.

Rihanna, 20, showed off the shining bling after performing with her fella at the O2 in London.

Despite the cold, she wore fingerless gloves and held her hand to her chest so people could clock the rock.

A source revealed: “Rihanna was wearing the biggest diamond you can imagine.”