Ryan Seacrest was spotted hanging out with the Lindsay Lohan on Thursday night and when asked why the two were spending time together, Seacrest revealed he is a mentor of sorts for the 22-year-old. 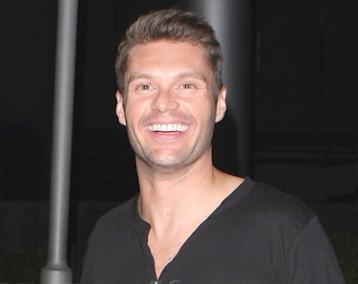 “I’m trying to, you know, give her guidance,” Seacrest told a cameraman for TMZ. “She wants to sing. She loves to sing. Dude, you know she’s a singer. Come on.”

Seacrest added he is impressed with Lohan’s vocal work.

“She’s good,” he said before jumping into the back of a black SUV after an evening clubbing with the “Mean Girls” star.

A short while later, cameras captured Lohan also diving into the back of the same vehicle, though she remained mum on her relationship with the TV host and radio DJ.

According to X17 Online, the SUV took the two to Lohan’s home, where loud music was heard coming from her house, prompting a police presence.

At 3:30 a.m., after a visit from the police, the two went to Seacrest’s house, the Web site reported.

Meanwhile, Lindsay was spotted as she was leaving Ryan’s pad earlier this morning, and it was not sure if she stumbled into the shower or her bed first, but it looks like she needed more than just a power nap! Ryan took off for the E! studios before Lindsay left, so we have to wonder why Linds decided to stay at Ryan’s house.