Tameka Foster, fiancée of Usher, is reportedly pregnant – but there is a speculation that the R&’B singer is not the father. 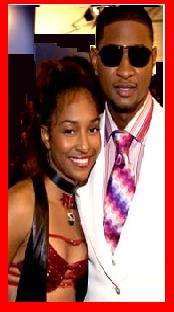 A source revealed that the quick proposal happened because of the pregnancy and they plan to marry in November. The source revealed, “Usher is about to come out pretty soon about the baby and will claim it as his own.”

Publicist Simone Smalls didn’t provide any further details, although Usher, 28, has previously said he would love to marry before the end of the year.