Lindsay Lohan made it to the headline again as one of her Italian lovers has revealed all about his passionate one-night-stand with the actress. 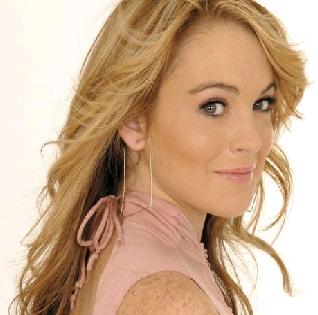 Alessandro diNunzio, an aspiring rocker, alleges to have recently spent a blissful night with the “Freaky Friday” actress in Italy, where she was honored for her acting achievements at the Capri Film Festival.

The 27-year-old, who was working as a sound engineer at the festival, met Lohan at a bar, when she invited him to join her and her friends at their table. And he claims that encounter led to an amazing night of lust with the 21-year-old star.

He revealed, “I couldn’t believe it when she asked if I could come to dinner… Then she invited me to a couple of clubs with her two friends. Despite her recent troubles she was downing alcohol – vodka cranberry and vodka soda…”

After kissing in the club, the star invited diNunzio up to her hotel room, where she stripped off and jumped into bed.

He recalled, “I was shocked she had made the first move… To be honest I felt a bit intimidated. But I took my clothes off and we started to make love… It was very passionate and intense and lasted for one-and-a-half hours, maybe more. Lindsay was very, very good and surprisingly experienced. She wanted to do everything, every position. She was extremely flexible and adventurous.”

Meanwhile, Lindsay Lohan is back from her Roman holiday. The actress was spotted leaving her hairdresser recently. She was also seen made her way through the airport and out to her car with her favorite leggings.