The Jackson brothers are negotiating with concert promoters AEG to perform a number of dates at the same venue their late brother Michael was set to stage his comeback in, the Los Angeles Times reported. 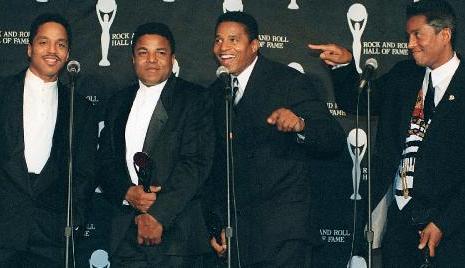 According to a Times source, the brothers – who, with a young Michael, had hits such as “ABC” and “I Want You Back” as the Jackson Five – are in talks to perform at the O2 Arena, where Michael was set to play 50 shows starting this month before his death on June 25.

Should the brothers get the dates — some of which were previously booked by Michael — the London shows won’t be the family’s only international appearances. The Jamaican music festival Reggae Sumfest announced on Friday that three of the Jackson brothers — Tito, Randy and Marlon — would be present at the event next week, with Marlon Jackson named as a potential attendee.

And the Times further reported that brother Jermaine Jackson is set to spend that weekend in Austria, where he’ll accept a posthumous humanitarian award honoring Michael at the 2009 Save The World Awards.

The other Jackson siblings have been busy as well. As previously reported on AccessHollywood.com, sister La Toya Jackson will be releasing a single, “Home,” on July 28, with proceeds to benefit AIDS Project LA, a charity Michael supported.