The future of Michael Jackson’s children was thrown into question Thursday when his former wife emerged and won a delay in a custody hearing while she decides whether she wants to raise her two offspring. 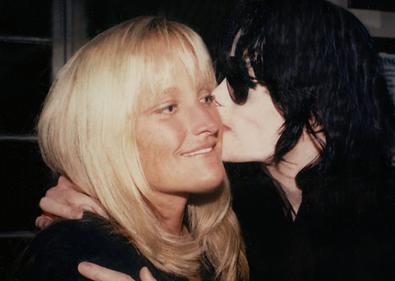 It was the first legal move from Deborah Rowe since the entertainer’s death. Jackson’s will asks for his mother, Katherine, to get permanent custody of all three of his children.

Rowe, who met Jackson as a receptionist in the office of his dermatologist, has characterized their relationship as strictly for the purpose of birthing Jackson children. She is the mother of his two oldest children and received $8.5 million in their divorce, according to court records. His youngest child was conceived with a surrogate.

She has spent very little time with her son Michael Joseph Jr., known as Prince Michael, 12; and daughter Paris Michael Katherine, 11. But Rowe also has opposed the idea of Katherine Jackson getting custody of her children when it came up in the past.

Rowe’s attorney, Eric M. George, said Thursday she had not decided whether to seek custody.

Superior Court Judge Mitchell Beckloff rescheduled a guardianship hearing for July 13 at the request of attorneys for Rowe and for Katherine Jackson, 79, who has temporary guardianship of her son’s children.

The identity of the surrogate mother of the singer’s youngest child, 7-year-old son Prince Michael II, has never been revealed.

Jackson’s public memorial was set for 10 a.m. Tuesday at the Staples Center in downtown Los Angeles, according to a press release from the office of the Jackson family’s publicist.

Randy Phillips, chief executive of AEG Live, which owns the Staples Center and was Jackson’s promoter, said tickets would be free. He was not sure how they would be distributed.

“If you can imagine 100,000 people show up and you have 20,000 capacity (at the Staples Center), there is not sufficient room. Now you have a crowd-control problem,” he said. With the July Fourth holiday weekend “it’s the worst time … to work something out.”

Another court hearing will proceed as planned Monday on who will take temporary control of Jackson’s estate. He left all his assets to the Michael Jackson Family Trust.

A person familiar with the details of the trust said it would be shared between his mother, who gets 40 percent, his three children, who together get 40 percent, and charities for children, which would receive 20 percent. The charities will be determined later by the trust.

The person was not authorized to speak publicly and requested anonymity.

Authorities also were investigating allegations that the 50-year-old Jackson had been consuming painkillers, sedatives and antidepressants.

His Bureau of Narcotic Enforcement is searching a state database that tracks doctors who prescribe controlled substances, how much and to whom.

The federal Drug Enforcement Administration also has joined the investigation. The Los Angeles Police Department asked the DEA to help, a law enforcement official in Washington told the AP on condition of anonymity because of the investigation’s sensitivity.

In an interview on NBC’s “Today” show, Jackson’s brother Jermaine said he would be “hurt” if toxicology reports showed his younger brother abused prescription drugs.

“In this business, the pressures and things that you go through, you never know what one turns to,” he said.