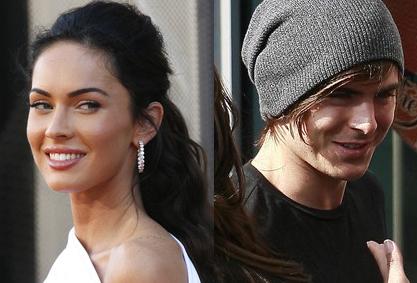 A fellow diner revealed, “They were very friendly and their faces were close when they talked.”

It’s no secret that the Transformers 2 actress has had a thing for the 21-year-old High School Musical heartthrob for quite some time. As we reported back in January, the two flirted at the Golden Globe Awards, raising eyebrows at an after-party.

It could be a case of just friends, however, as OK! recently reported, Megan spent a weekend with on-again-off-again boyfriend Brian Austin Green, and Zac has been loyal to girlfriend Vanessa Hudgens for years.

Only time will tell if this super-hot duo will team up for the title of Hottest Couple Ever.