Jamie Lynn Spears, who recently spent a family reunion, was snapped while she was breastfeeding her adorable daughter Maddie. 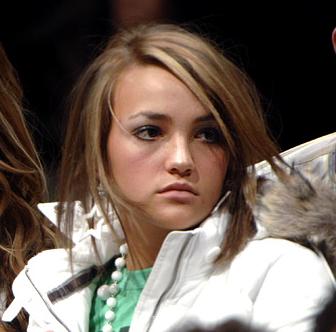 An attempt to peddle stolen private photos of the Spears family, one of which shows Jamie Lynn nursing 3-month-old daughter Maddie with her left breast exposed, has triggered a federal pornography investigation.

Included in the set is also a photo of Jamie Lynn holding Maddie wearing a negligee.

The photos were taken on Casey Aldridge’s digital camera and are believed to have been stolen when he took the camera memory card to the local Wal-Mart in Louisiana for printing.

Since Jamie Lynn is a minor selling her photo with an exposed breast for lurid purposes would constitute a violation of federal pornography laws, both for the seller and buyer of the photo.

Anyone purchasing the photos would also need to contend with the charge of dealing in stolen property.

Even as federal and local authorities go after the man who is attempting to peddle the photos, Britney Spears’ lawyers are contemplating a lawsuit against Wal-Mart.