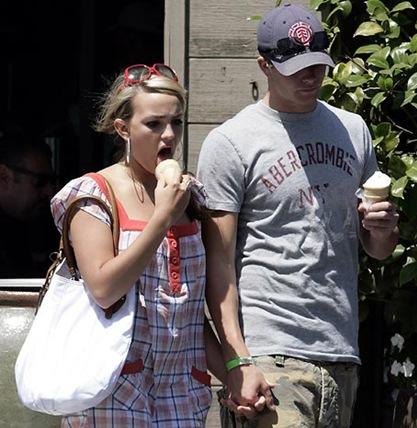 The star’s delivery room drama, which included that her life-threatening decision, emergency surgery to save the baby, Britney’s jealous episode, Lynne Spears fighting with everyone and the brouhaha over a paternity test.

A family insider revealed, “The baby’s heart rate dropped every time she tried to push. They did an ultrasound and quickly discovered that the umbilical cord was too short.” But despite the doctors’ dire warnings, the 17-year-old “was adamant about having a natural delivery.”

Everyone in the room at Southwest Mississippi Regional Medical Center in McComb, Miss., pleaded with Jamie Lynn to listen to the doctors — including big sister Britney. Brit had already been with Jamie Lynn for hours, massaging her back as she endured painful contractions.

The insider revealed, “But she got mad.” She told Jamie Lynn to “just have a damn Caesarian,” as she did. “Britney Spears then ran out in tears because she couldn’t bear to see what was happening.”

The girls mother, Lynne, only added to the tension. “Lynne was already angry because her daughter didn’t want her in the delivery room at all. But she had insisted on being there, along with Casey Aldridge, Jamie Lynn’s boyfriend. Jamie Lynn cussed and yelled at her mom, and told her to get out. She cursed Lynne for bringing her into the world to bear such pain.”